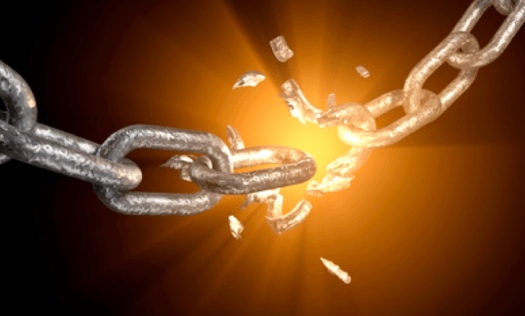 “In water baptism, your mind is purged by the blood of Jesus Christ through faith. The old man and the old mind is put to death there. It is here then that we must understand that Christ died on Golgotha, that is to say the place of a skull (Matthew 27: 33). Your old mind must die in the waters of baptism.

Luke 23: 32-33 says “And there were also two other, malefactors, led with him to be put to death. And when they were come to the place, which is called Calvary, there they crucified him, and the malefactors, one on the right hand, and the other on the left.” The word ‘Calvary’ is from the Greek word Kranion, where get our word ‘cranium’. Luke 23: 39-43 says “And one of the malefactors which were hanged railed on him, saying, if thou be Christ, save thyself and us. But the other answering rebuked him, saying, Dost not thou fear God, seeing thou art in the same condemnation? And we indeed justly; for we receive the due reward of our deeds: but this man hath done nothing amiss. And he said unto Jesus, Lord, remember me when thou comest into thy kingdom. And Jesus said unto him, Verily I say unto thee, To day shalt thou be with me in paradise.” The thief on the cross was not only crucified with Christ; but he was baptized there: Luke 12: 50 says “But I have a baptism to be baptized with; and how am I straitened till it be accomplished!” Christ calls his own death on the cross a baptism. Jesus told the man “… To day shalt thou be with me in paradise.”

Jesus destroyed Satan’s power at the cross, his baptism: Colossians 2: 14-15 says “Blotting out the handwriting of ordinances that was against us, which was contrary to us, and took it out of the way, nailing it to his cross; And having spoiled principalities and powers, he made a show of them openly, triumphing over them in it.” Satan used the Old Testament law to accuse Old Testament saints; but Jesus nailed the law to the cross taking away what Satan used against the people of God and shut the mouth of the devil! Revelation 12: 10 says “And I heard a loud voice saying in heaven, Now is come salvation, and strength, and the kingdom of our God, and the power of his Christ: for the accuser of our brethren is cast down, which accused them before our God day and night.” Salvation came when the Holy Ghost came! When strength came, that’s when grace came! And when the kingdom came that’s when Gods power came in the earth!

Satan was not only cast out of heaven by the cross; but at the same time his kingdom of strongholds of the mind was cast down: 2Corinthians 10: 4-5 says “( For the weapons of our warfare are not carnal, but mighty through God to the pulling down of strongholds;) Casting down imaginations, and every high thing that exalteth itself against the knowledge of God, and bringing into captivity every thought to the obedience of Christ.” A stronghold is a fortress.

Satan’s fortress was broken down by the cross of Christ:

Satan cast down = imaginations can be cast down.

Satan strongman no longer = bring thoughts into the captivity of Christ.

1John 3: 8 says “He that committeth sin is of the devil; for the devil sinneth from the beginning. For this purpose the Son of God was manifested, that he might destroy the works of the devil.”

Jesus destroyed Sin and Satan’s power at the cross. 1Corinthians 15: 56 says “The sting of death is sin; and the strength of sin is the law.” Jesus took sins strength away by nailing the law to the cross not only destroying sin; but causing those that believe in Jesus to be dead to sin and dead to the law (Rom. 6: 14): Galatians 2: 19-20 says “For I through the law am dead to the law, that I might live unto God. I am crucified with Christ (through water baptism): nevertheless I live; yet not I, but Christ liveth in me: and the life which I now live in the flesh I live by the faith of the Son of God, who loved me, and gave himself for me.” Acts 2: 38-39 says “Then Peter said unto them, Repent, and be baptized every one of you in the name of Jesus Christ for the remission of sins, and ye shall receive the gift of the Holy Ghost. For the promise is unto you, and to your children, and to all that are afar off, even as many as the Lord our God shall call.”