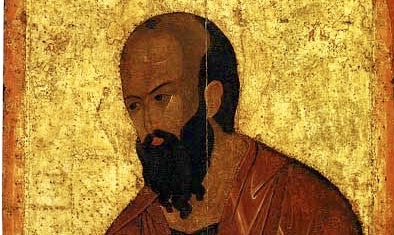 Out of due time in his verse means to wound; as a miscarriage or an (abortion) that is by analogy, or an untimely birth. The Apostle Paul meant that he was not of the twelve apostles. But if you read the text of 1Corinthians 15 you will see that there were more apostles then just twelve: 1Corinthians 15: 5-6 says “And that he was seen of Cephas, then of the TWELVE: after that, he was seen of above five hundred brethren at once; of whom the greater part remain unto this present, but some are fallen asleep.” But verse seven is of note because he says “… then of all the apostles” as though there were more apostles outside of the twelve.

There were more apostles outside of the twelve: Acts 14: 14 says “Which when the apostles, Barnabas and Paul, heard of, they rent their clothes, and ran in among the people, crying out.” Notice BOTH are called apostles! And Romans 16: 7 says “Salute Andronicus and Junia, my kinsmen, and my fellow prisoners, who also were in Christ before me.”

Paul states that Andronicus and Junia were of note AMONG THE APOSTLES, and that they were in Christ before he was, meaning; if they were apostles before him, they saw Jesus. After the death of Judas, Peter explained how one could be ordained among them. Acts 1: 21-23 reads “Wherefore of these men which have companied with us all the time that the Lord Jesus went in and out among us, beginning from the baptism of John, unto that same day that he was taken up from us, MUST ONE BE ORDAINED TO BE A WITNESS WITH US OF HIS RESURRECTION. And they appointed two; Joseph called Barsabas, who was surnamed Justus, and Matthias.” Matthias was chosen by the eleven Apostles to be numbered with them. This then brings us to a dilemma; Paul says he was last seen of him.

But did Paul really see Jesus in the flesh? Acts 9: 3-5 says “And as he journeyed, he came near Damascus: and suddenly there shined round about him a light from heaven: And he fell to the earth, and heard a voice saying unto him, Saul, Saul, why persecutes thou me? And he said, Who art thou, Lord? And the Lord said, I am Jesus whom thou persecutest: it is hard for thee to kick against the pricks.” Paul must have been battling in his mind saying “This couldn’t be the God of our fathers doing” and hearing a voice say back to him “Why not? Have I not said “… In all their affliction he was afflicted, and the angel of his presence saved them: in his love and in his pity he redeemed them; and he bare them all the days of old (Is. 63: 9). Acts 9, says that the men that were with him heard a voice but they didn’t see anyone; but in Acts 22, Paul recounts the vision that he saw in chapter 9, and says that the men that were with him saw the light but didn’t hear the voice of the Lord speaking to Paul. Was he saying they heard it physically but not spiritually? Romans 10: 18 says that Israel really didn’t hear the gospel even though they heard it physically. And there are those that hold the view that the apostle Paul was a false apostle because they said that he didn’t see Jesus in the flesh; but Paul says he saw Christ: 2Corinthians 5: 16 says “Wherefore henceforth know we no man after the flesh: yea, though WE have known Christ after the flesh, yet now henceforth know WE him no more.” Paul includes himself in knowing Christ after the flesh, but when could he have known him? He didn’t walk with Christ among the other disciples. He didn’t carry fragments after Jesus fed the five thousand. Could it be on the other side of the cross? Paul mentions that he was a Hebrew of the Hebrews, a Pharisee (Phil. 3: 5). So, it can be said that every encounter with the Pharisees that Jesus had, a young Paul was among them.

So, you can say Paul saw Christ. But notice what Jesus says in John 20: 29 “Jesus saith unto him, Thomas, because thou hast seen me, thou hast believed: blessed are they that have not seen, and yet have believed.” The twelve apostles saw the Lord in the flesh after he had risen from the dead; but Paul ushers in those that haven’t seen Christ after he was risen from the dead. In hindsight, Peter setting the parameters for apostleship states those that have SEEN Jesus’ ministry were eligible to be called apostles. But this election happened between the ascension of Christ and the giving of the Holy Spirit. Since Jesus chose the twelve apostles; he would be the one to choose Paul as well. Many believe that Paul was the last apostle, but 1Corinthians 1: 7-8, says “So that ye come behind in no gift; waiting for the coming of our Lord Jesus Christ: Who shall also confirm you unto the end, that ye may be blameless in the day of the Lord Jesus Christ.” So, this passage lets us know that the gifts are HERE until Christ’ Parousia at the end of the heavenly millennium. Generations believed apostles were outmoded, but if that was the case the church could not be perfected to its full stature. The gifts and calling of God are without repentance. There must be levels of apostleship: those that saw Christ in the flesh; and those that had a vision of Christ but didn’t see him in the flesh. Acts 14 says that Barnabas was an Apostle. Whether he saw Christ or not the Bible calls him an Apostle. God is restoring true apostolic gifts in the body of Christ. Paul states in 1Timothy that God chose him for a pattern to them which should believe on Christ. A pattern here means a sketch, someone to imitate.

God is calling apostles and we have a pattern that has already went before us, Paul. But the greater pattern is Jesus who is the Apostle and High Priest of our profession. Like the twelve apostles that followed Christ in the flesh; Paul shows us that haven’t seen Christ how to follow him in the Spirit: Philippians 3: 10 says “That I may know him, and the power of his resurrection, and the fellowship of his sufferings, being made conformable unto his death.” It is here where Paul taps into Jesus’ hermeneutic when he says “… and the power of his resurrection and the fellowship of his sufferings…” If you remember the scriptures tell us that Jesus suffered first, then he was resurrected; but Paul reverses the order because Paul understands that it is the power of his resurrection that takes us into the FELLOWSHIP of his sufferings. The word ‘ship’ means to take into, and ‘fellow’ means partner, or companion. We must partnership with the sufferings of Christ if we want to reign with him. It is through his sufferings that the anointing of God is increased in our lives. Jesus says in Luke 12, that he had a baptism to be baptized with. Here he is speaking of his death. If we die to ourselves there is a baptism of power that God wants to pour on and in us!” Anthony D. Booker